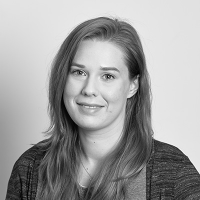 Our very own Jenny Hall has written the below piece which is all about the current markets. Here at MPA we aim to ‘Inform – Educate – Inspire’ and Jenny certainly embodies these values. Keep reading to find out more…

US equities had a strong start to the year, unsurprising given the S&P Index had 71 new all-time highs in 2017 and had a positive total return in every month for the first time since records began. The IMF has now upgraded its GDP forecasts to 2.9% for 2018 and inflation is now at its highest for a year, propelling it towards its 2% target which it hit in March this year. However, this quarter has seen increased volatility with fears of over inflation coupled with tightening monetary and fiscal policy, escalating US-China trade sanctions and a sharp rise in US Treasury yields at the start of the new year. The technology sector (a large weighting in US indices) showed the strongest growth despite significant volatility due to several high-profile investigations (Facebook’s data breach, Tesla’s high-speed crash and pressure on Amazon regarding its tax position).

The European economy continues to progress well with GDP growth for Q4 2017 confirmed to have grown at 0.6% quarter-on-quarter. Unemployment was stable at 8.6% in January although looking ahead future growth may be slower. Annual inflation (1.4%) is still below the European Central Bank’s target (2%) with the chairman reiterating that interest rates would not rise until past the end of the quantitative easing programme. Europe’s steady economic expansion remains robust but the rising strength of the euro has dampened the profits for export-driven companies. Politically we have seen Italy’s election which has given rise to a hung parliament with the populist Five Star Movement having the greatest success, this has led to some concerned over euro-scepticism although all of Italy’s main parties have pledge significant fiscal expansion. In Germany, Angela Merkel remains chancellor after the formation of a coalition agreement between the CDU/CSU and SPD, this now marks her 4th term.

Progress in Brexit negotiations has helped the pound recover some ground although this has effectively lowered profits raised from overseas business. The UK could not escape the market correction earlier in the year with the FTSE-Share falling 6.9% over the quarter and UK equities performing poorly against rising bond yields. The Bank of England has maintained interest rates and has stated that they expect inflation to remain above the 2% target. They upheld their view that further interest rises would be necessary to curb inflation.

Although the Asian (ex Japan) markets saw a rise in volatility in response to global trade concerns they performed well with the MSCI Asia ex Japan showing a positive return and outperforming the MSCI World index. Of the markets Thailand (energy and utilities), Taiwan (technology), Malaysia and China showed strong performance. Indeed, China’s GDP growth has been announced as 6.9%, well above the 6.5% target with strong industrial growth, higher exports and a resilient property market. In contrast, the Philippines and Indonesia have seen falls with India also lagging behind after concerns over the State bank and recent elections. Elsewhere, Brazil and Russia showed strong gains, Brazilian political developments gave greater stability whereas Russia’s central bank have cut interest rates and the country’s debt has been upgraded to ‘investment grade’ by S&P.

Japan had a strong start to the year although they closed the quarter 4.7% lower. The economy experienced a soft patch for economic growth this quarter however the longer-term trend of economic improvement seems to be intact. The market volatility and potential global trade disruption has led to a divergence in sector returns. Sectors heavily involved with trade had declined whereas more defensive sectors such as pharmaceuticals and utilities have outperformed significantly.

In the fixed income markets, bond yields were broadly higher following expectation of further interest rate increases across the US and UK. In turn this has caused the prices of bonds to fall. The fixed interest sector has not escaped the increased volatility this quarter with yields varying greatly within the period. Corporate bonds generally underperformed sovereign bonds whereas high yield bonds benefitting from rising commodity and oil prices.

From 2017 to January we saw the UK average rent grow by around 2.5% across England and Wales with house price indexes revealing the average asking price for a home in March increasing to £305,500 after an increase of 1.5% month-on-month. Average prices have now reached peak levels in 4 regions – West Midlands, East Midlands, North West and Wales. In contract, there have been substantial declines in London (-2.6%) along with modest declines in the North Est and South East.